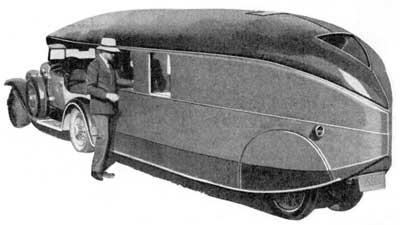 Glenn H. Curtiss is best remembered today for being a pioneer in the aeronautical industry. But he was a man of many talents. He was a visionary.

In the first decades of the 20th century Curtiss established numerous successful automobile dealerships. At various times he was selling vehicles manufactured by Ford, Frayer-Miller and Orient Buckboard. He developed a variety of motorcycles. And he produced an experimental propeller-driven wind car in 1905. In 1917 he took to the air with the nation’s first flying automobile, the Curtiss Autoplane.

And he was also a very savvy investor. He made a small fortune after partnering with Carl G. Fisher, founder of Fisher auto body, in South Florida real estate investment and development.

The money allowed him to focus even more attention on experimentation. He designed the revolutionary 90 h. p. Curtiss OX-5 V-8 engine for use in aircraft. But he adapted it for use in automobiles. And as an early proponent of streamlining he either designed or commissioned unusual streamlined features and coachwork for a number of automobile companies.

Curtiss was also an avid outdoor enthusiast. And that led him to design and develop one of the nation’s first streamlined, self contained travel trailers. An article published in the February 7, 1920 issue of Scientific American and another in the April 1920 issue of Popular Mechanics provides details on Curtiss’ ‘compact hotel on wheels.’

The trailer was designed to be towed using a special fifth wheel hitch. Curtiss also developed a hydraulic suspension system for the tow vehicle.

The light-weight 20-foot long trailer was constructed using aeronautical principles. It was also carefully balanced to evenly distribute weight. The extensive use of aluminum, tubing, and magnesium kept weight to a minimum.

The interior of the trailer was outfitted with a folding table that did double service as an extra bed. There were an array of integrated interior storage compartments that were designed to provide the trailer with structural integrity.

It had a portable toilet, water and holding tanks, and an electrical system with generator. Exterior lockers were designed to accommodate a complete fold out camping kitchen. There were also exterior storage compartments for a spade, axe and hunting and fishing gear. The trailer was designed to sleep six, four in hinged screened-in beds that hung from the rigid exterior walls and two inside.

Curtiss tested his trailer extensively on hunting and fishing trips into New York State’s Adirondack, Berkshire and Catskill mountains. Besieged with requests to sell the trailer, or to build similar units, he established a small trailer manufacturing company. His half-brother, G. Carl Adams, was a partner in the endeavor and the company’s president.

Within a few short months the company was advertising a line of trailers, five for recreational camping and ten for commercial use. The flagship model was the Motor Bungalo Deluxe. With a retail price of $1,200, almost the price of three new Fords, the trailer was sold in limited numbers.

A Deluxe Motor Bungalow was featured in the June 1921 issue of Popular Science: “Hitch a Bungalo to Your Car – ’Stop at the Glenmore!’ At regular intervals you see this sign as you tour through the country; you decided to stop there. But when you arrive, weary and worn, you find that the Glenmore is in the heart of the city on a noisy main street, or else that it is full.

Glenn H. Curtiss and his brother-in-law, G. Carl Adams, have solved this problem by inventing a bungalow on wheels that is attached to the automobile, trailer fashion. It is well-equipped, and yet not heavy enough to cause excessive strain. When you wish to sleep, eat, or rest, you stop the car in some convenient place and move into the bungalow. There you will find a kitchen, pantry, a bathroom, clothes and bedding lockers, a table, chairs and berths that will accommodate six people. The bungalow even has electric lights and running water. The windows are all properly screened and they are also provided with water-proof curtains.”

The legacy of Curtiss lives on today at Trotters RV Sales & Service in Kingman, Arizona, your one stop shop for RV sales and repair.