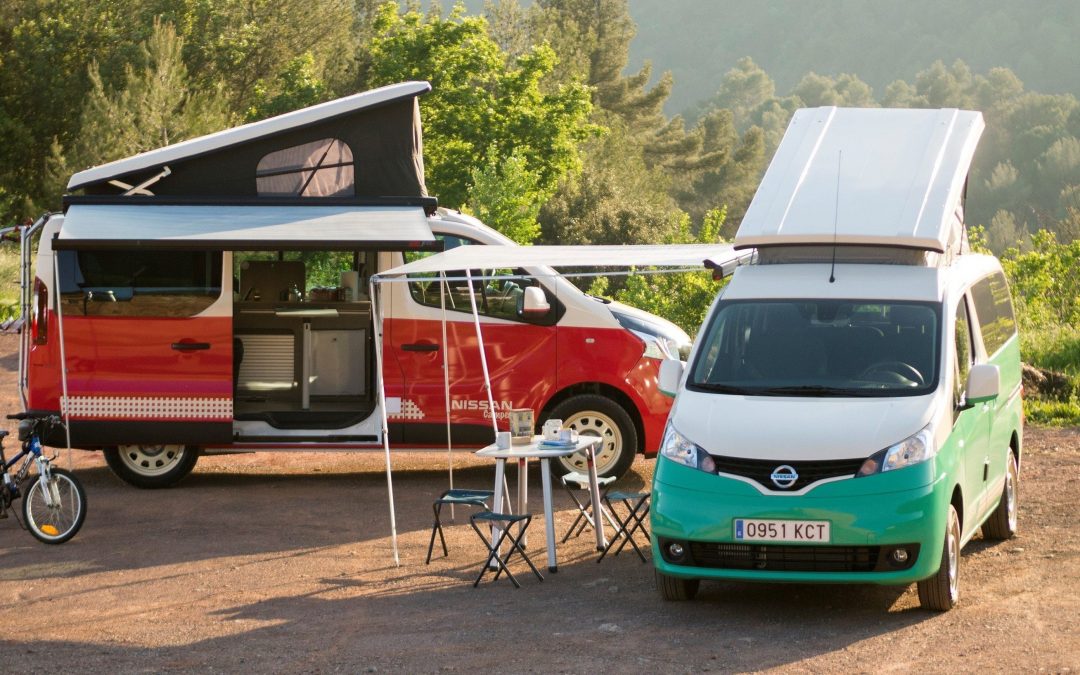 For more than a century the recreational vehicle and the travel trailer have figured prominently in The American love affair with the road trip. From wheeled palaces to minimalist tent trailers, legions of Americans have enhanced their adventures by enjoying the comforts of home while on the road. But what does the future hold for RVs?

A glimpse of that future was on display at the Dusseldorf Caravan Salon in 2019. The WOF Iridium features a dry bathroom and shower, kitchen, and a split double bed. It has a dining lounge in the front of the camper. It seats five with the swivel front cab seats. Other amenities include an awning, navigation, and Bluetooth connectivity. But what really sets this motor coach apart from anything on the road is its 249 mile-range. This second generation Iridium is an electric vehicle!

The Iridium EV is the an international collaboration. Involved with its development were two German companies, ElektroFahrzeuge Stuttgart (EFA-S), an electric vehicle retrofitter) and WOF, a camper van manufacturer. WOF designed and built the vehicle chassis. EFA-S provided the drivetrain and battery technology. The custom bodywork was produced by the Swiss camper van manufacturer Maurer Fahrzeugbau.

This is not the first electric RV, but it represents a quantum leap in this type of vehicles development. The electric RV developed and tested by Winnebago Industries has an anemic range of 85 to 125 miles per charge. And The Nissan e-NV-200 is just a pop up camper but its range is also an anemic 125 miles per change.

The electric Winnebago is initially being developed for the commercial vehicle market rather than for recreational use. The target market will be districts that need mobile classrooms or companies that require on-the-go service vehicles with a short driving radius.

Initial plans are to offer the vehicle in 33-foot and 38-foot lengths. Based on the initial prototypes, it will have a Gross Vehicle Weight Rating (GVWR) up to 26,000 pounds. The vehicle will be fully outfitted with air-conditioning, solar panels, inverters, toilets, showers, and plumbing. Slide out rooms are also planned.

Introduced at the Madrid Motor Show, the Nissan e-NV200 factory-built camper looks like those produced by VW several decades ago. It’s powered by a 40kWh battery a five year factory warranty. It can be charged up to 80 percent in under an hour. A full charge using Nissan’s 6.6KW onboard charger will take about 7.5 hours.

It features a pop-up sleeper roof and bench seating that folds into a second sleeping space. It also has a compact kitchen with stove, sink, and refrigerator and a removable table. For privacy there are swivel front seats and window shades.. Heat is provided by a Webasto heater.

EV vehicle technology and that associated with the related infrastructure is developing rapidly. Still, it will be awhile before electric RVs outnumber diesel pushers, especially in North America. A 249 mile range might be adequate in densely populated Europe but in the wilds of the southwest or on the ALCAN it is simply not practical.

The purchase price will also ensure that the market for electric RVs is limited. The fully outfitted Iridium carries a retail list price of $219,000. Initial deliveries, in Europe only, were delayed. However, the first sales were to made in late summer 2020.

Meanwhile, while your waiting for the future to arrive, Trotters RV Sales and Service in Kingman, Arizona is here to meet all of your recreational vehicle needs.