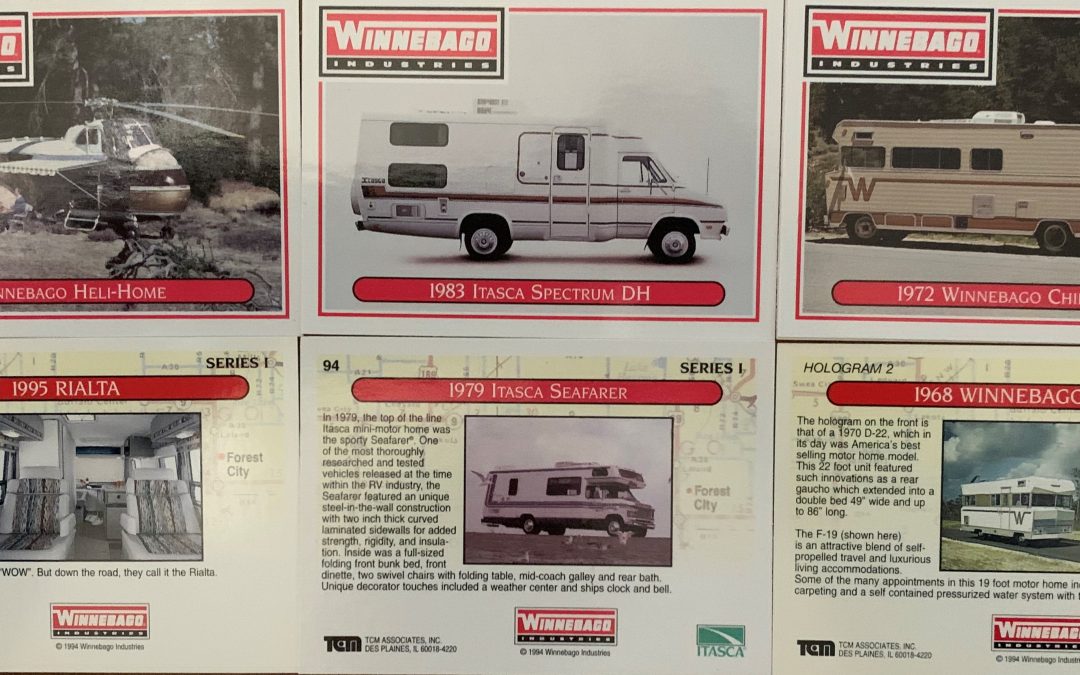 Trotter’s RV Sales and Service may be the largest one stop recreational vehicle stop in northwestern Arizona but even in their expansive inventory you might never find some of the rare models produced by Winnebago Industries. Did you know that this famous company once produced a prototype combination helicopter recreational vehicle?

Did you know that Winnebago pioneered structural integrity tests? A fully equipped motor home was hoisted three feet into the air by a crane. It was then dropped on its roof! In addition to testing structural integrity, this allowed for testing appliance restraint. During the 1970s the company initiated testing of the cooling and air conditioning systems in Death Valley.

In 1972 the Brave line in 17′ and 20′ configuration was introduced. The goal was to provide a coach for every budget. It complemented top selling Indian line and top of the line Chieftain. It fostered increased brand loyalty as well as sales during the energy crisis.

Did you know that the first Winnebago, model F19, was introduced in spring 1966? It was built on a Ford chassis. Latter that year the D22 models were introduced. These were built on a Dodge chassis. Demand was so great the company opened the worlds largest motor home manufacturing factory in November 1968.

Did you know that in 1989 Winnebago introduced a front wheel drive coach? The LeSharo was the first transaxle motor home since the Corvair Ultra Coach in the 1960s. Initially the Ultra Coach used a rear wheel drive, rear mounted Corvair drive train. The last generation of this innovative used a reversed engine/transmission/transaxle from a Cadillac El Dorado or Oldsmobile Toronado.

Did you know that the Winnie Wagon II introduced in 1980 was proclaimed the universal vehicle of the year? At 19′ from bumper to bumper it was the same length as the full sized station wagons. With a rear entry door the vehicle proved popular for camping, for towing, and for weekend getaways.

While you might find some of these rare classic coaches at Trotters RV Sales and Service, chances are that you will never see a 1976 Winnebago Heli Home. In fact, you may not find one anywhere. Aside from the prototype these were available by special order only.

It was promoted as a unique off road recreational vehicle, quite an understatement. Promotion also noted that it combined the speed of air travel with the luxury of class A motor homes. Features included bunks t sleep six people and a refrigerator. It also featured a 28,000 BTU furnace, bathroom with shower, air conditioning, bar, color television and AM/FM stereo with eight track tape system.

Whether looking for a Winnebago, Air Stream or Itsaca trailer or motor home, or service and parts, Trotters RV Sales and Service is your one stop shop. If, however, your looking for a Heli Home, patience will be required as that may be a long search.