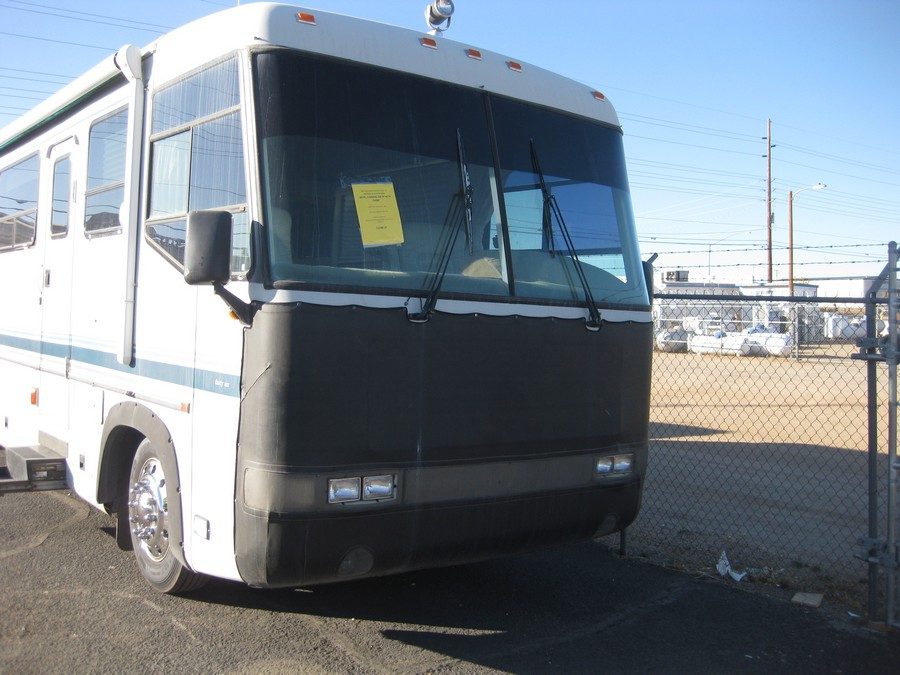 Wally Byam didn’t invent the recreational vehicle. Still it was his contributions that gave rise to the American obsession with roughing it with the comforts of home, the network of campgrounds under the KOA banner, and even the plethora of repair facilities, such as Trotters RV, that specialize in keeping them on the road.

As Byam would be the creator of an American classic, and the founder of a company that transformed the wheel people traveled, it is fitting that Byam was born on the Fourth of July, 1896. It is also ironic that he was born in Baker City, Oregon, a town located on the Oregon Trail that his grandparents had followed west. Many of his formative years were spent on an uncles sheep farm, work that required traveling in a donkey towed wagon outfitted with wood burning stove and cot.

It was the dream of becoming a journalist that led him from the farm to Stanford where he graduated in 1921. Camping, however, remained his passion. Fortunately his first wife Marion also enjoyed adventures into the back country of California. What she did not enjoy was sleeping on the ground in a tent. So in 1929, Byam acquired a used Model T Ford, and built a wooden framed folding tent camper. It was an improvement for the couple, but putting together it was a complicated and time consuming process. So he began working on a new design. The result was a tear dropped shaped trailer complete with bunk, ice chest and stove that could be used for cooking or heating.

The little trailer did more than enhance the young couples camping adventures. It changed their life. Wally and Marion were not the only ones in southern California that enjoyed weekend camping adventures and soon Byam was fielding inquiries about the building and sale of similar units.

Still focused on his career as a journalist, he published a “do it yourself” guide to building a similar trailer that he sold through Popular Mechanics. Still, he received requests for completed units. As a hobby, and second income, he obliged and began building his trailers in his garage. The neighbors soon tired of the noise and filed a complaint, which led Byam to rent a building in Culver City. In 1931 this small shop became the manufacturing facility for what would become an American Classic – the Airstream trailer.

Byam was not alone in the manufacture of travelers for the weekend camper as well as for those whose work required moving from construction site to constructions site. When he opened his factory in California, there were almost 50 trailer manufacturers registered for business. In the next five years, in spite of the harsh economic climate of the Great Depression, demand for trailers exploded and by 1937 there more than 400 companies vying for customers.

Just as in the years to come, companies came and went but Airstream, an American classic, persevered. Vintage trailers made by this company in the 1950’s and 1960’s are highly prized by collectors as well as travelers aware of the quality built into every unit.